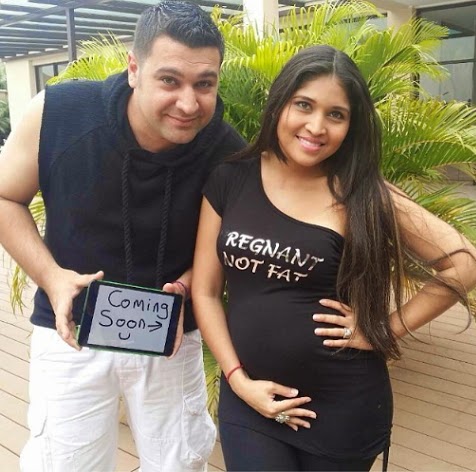 Indian guy, Mohammed Jammal who was born to Indian expatriate parents in Jos, Plateau state Nigeria became popular over 3 years ago when he was spotted speaking fluent pidgin English and Hausa language.

Since then, he has named himself White Nigerian and has become a popular figure in the Nigerian entertainment industry.

The comic star who proposed to his girlfriend, Marciel at AY Live show in Abuja last year June is set to welcome his first baby.

Marciel is in her 2nd trimester.