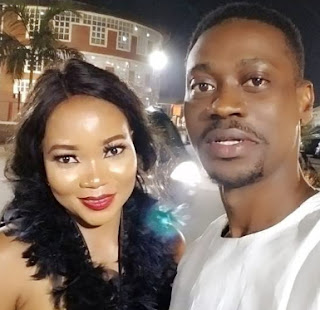 January 28, 2018 – Jumoke Otedola: I Was Once Called A Husband Snatcher In A Crowded Hospital

I grew up in a family that had a very strict father and a religious mother. We were mostly girls in the house but we were trained to survive in a ‘man’s world.’ My dad wanted all of us to be professionals such as engineers, doctors, financial managers, among others, to back up the cliché that what a man can do, a woman can do better.

Our parents loved all their children but I was treated extra special being the last child.

Right from when I was a kid, I secretly nursed the desire of becoming an actress, because I knew that my dad wanted to make a statement with his girls’ professional achievements. Acting or entertainment generally was not what he wanted for his children.

He is one of those African parents who believed that acting and singing were for unserious people or those who couldn’t succeed in challenging careers like Medicine and Law.

Little did they know that acting is more challenging and requires more discipline than all the other disciplines rolled into one. This may sound strange because most of our thespians today, even the famous one, are not very professional. A professional thespian should be as disciplined as a well-trained soldier.

I kept it a secret when I first started, but I decided to tell my mum at some point. She reluctantly accepted and blessed me. I confessed to my dad on his sick bed. Surprisingly, he said he knew all along. He had seen me on TV and confessed that he was proud of me.

Strangely, seeing his name, Odetola, appearing on TV screens gave him a feeling he couldn’t explain. He said he saw me in a different light and he was pleased with my interpretation. He blessed me before he passed on.

The big break came for me when Abiodun Jimoh, a director and producer, discovered me and gave me my first lead role in a TV series that aired on Africa Magic then. He later became my manager and mentor. In time, I became an associate producer and I am now a well-groomed producer.

It is often said that, ‘You are as good as your last effort’ so I cannot categorically say that any role is my best. For now though, I will say that Somewhere in the Dark, a psycho-thriller/horror movie has been the most challenging. I co-starred with Gabriel Afolayan, who acted as my dead husband whom I refused to release his corpse for burial because I couldn’t accept the fact that he was dead. I recall that a scene in the movie required re-incarnation.

Some spiritualists were behind the cameras, reciting cryptic chants, and our heads kept swelling to the point that we felt it was going to burst open. It was a spiritual, almost occultic, experience and I had sleepless nights for weeks after the shoot. As a matter of fact, I had to undergo some spiritual cleansing. In a similar vein, my most exciting movie set is Glitterati, a film by Francis Onwochei. On the set of Glitterati, there was a lot of drama behind the camera among the cast.

The events behind the camera were so dramatic that it took the shine off the main shoot for the press and media houses that were on the set to report on the movie. For me, professionalism is the most important factor I consider before taking any role. I have to be sure that the people I would be acting with her professionals. That way, I would feel safe and can take any role with them, even romantic roles.

The Africa Magic Viewers Choice Awards has added a great deal to my career but I am not resting on my laurels. I won the AMVCA for Best Indigenous Act (Yoruba) in 2016, and in 2017, I won the award for Best Indigenous Language TV Series/Movie, for the production, Somewhere in the Dark, along with Abiodun Jimoh.

This has put me in the limelight and it has positioned me strategically. I have got some endorsement deals because I won and my artiste fee has become more encouraging. That was the first time that anyone would get a nomination in that category for two consecutive years. I am also the youngest person to have won in that category.

During a particular Yuletide, I went to the hospital looking quite sick and serious, then a fan (another patient), started calling me a husband snatcher. She was joking and referring to the character, Tessy G, that I played in the TV series, Family Ties. However, it was at a wrong time because I wasn’t in a good mood then. I managed a wry smile but it was embarrassing.