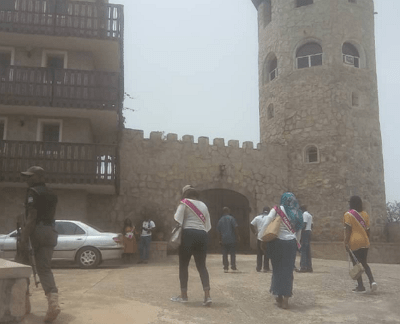 The gunmen who killed British expatriate, Faye Mooney and her Nigerian boyfriend, Mathew Danjuma Oguche last week have demanded for a whopping N60 million to release three workers kidnapped at  the castle.

The workers were kidnapped after an attack at Kajuru Castle on Friday night.

The masked gunmen reportedly called the Castle to demand for N60 million on Monday.

Continue Reading
You may also like...
Related Topics:attack, castle, kajuru