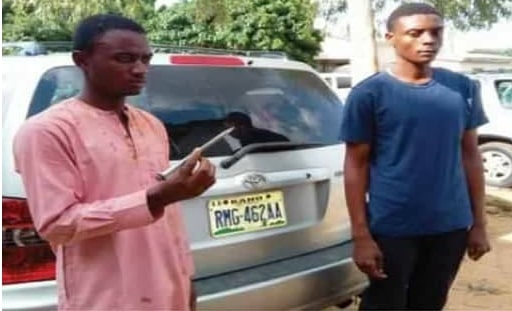 These two young men were arrested after fleeing from the scene of a robbery.

The Kano-based suspects allegedly forced a nail into the throat of the the man identified as Auwalu Muhammad during following an argument caused by money. 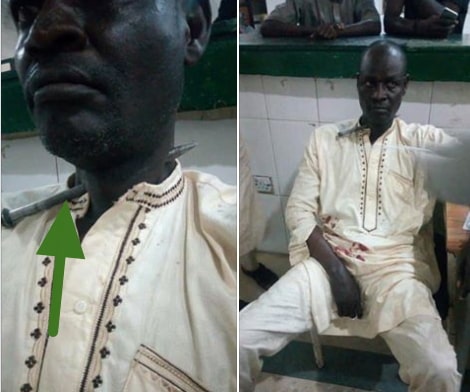 Fortunately, the man who appeared very calm after the attack was rushed to the hospital for treatment.

The stolen car has been recovered.

What a world!! A nail in the throat of a living man… wickedness of the highest order.