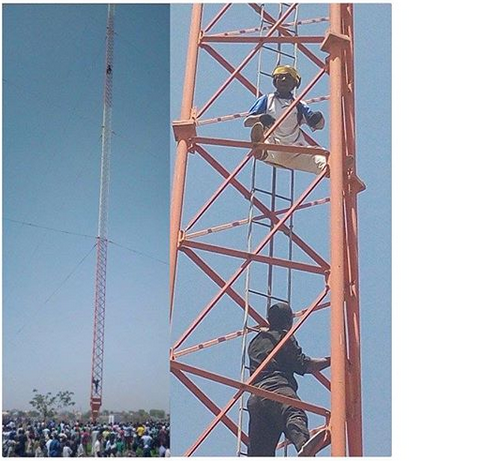 A mild drama happened this morning in Kano when a man suddenly climbed the Kano State Broadcasting Corporation Transmission mast and threatened to jump to his death unless Zamfara state Governor, Abdul Haziz Yaris stepped down as NGF (Nigeria Governors Forum) Chairman.

According to Daily Trust, the businessman identified as Abdullahi Shabege who was Yaris’s praise singer during Zamfara state Gubernatorial election back in 2011 was disappointed after the governor refused to fulfill his promise to him.

A witness, Usman Musa said the frustrated man arrived at KBC around 6am this morning and was behaving strangely before he suddenly climbed the mast around 6am. 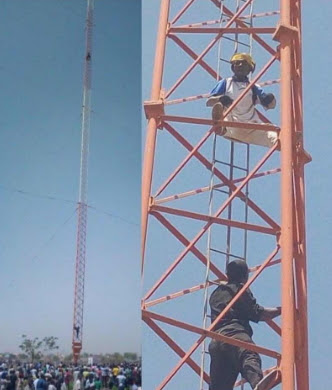 After over 5 hours of stand off, the State Police Command and Fire Service official managed to convince Shabege to climb down.

Elderly Chief, Wizard Brutalized After Confessing To Killing Young Boys With Charms In Rivers State
Muslim Housewife Drags Husband, Father Of 9 To Sharia Court For Failing To Provide For Family