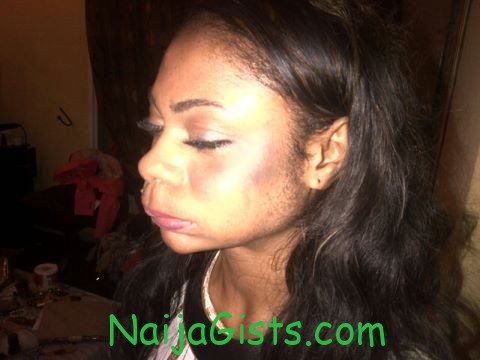 Popular party girl, Karen Igho, a former Big Brother Africa winner is planning to Sue Smirnoff for N50 million in damages after she claimed she was slapped by a security guard at a party in Lekki, Lagos. naijagists.com

NaijaGists was the first to break the news after Karen Igho was slapped to stupor by a Security guard at the parking lot of a Lekki Lagos club after she allegedly refused to give him money. [Read the detail story here]

Below are few tweets from the BBA star: 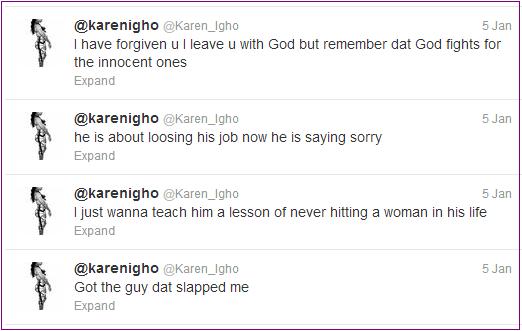