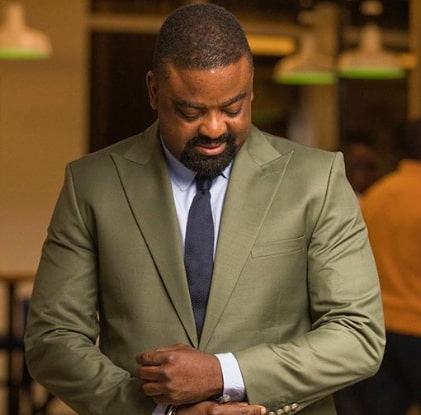 Nollywood filmmaker Kunle Afolayan has taken creativity to another level since he made debut with his Ire clothing line.

The actor who was spotted at the just concluded Africa Movie Academy Awards in Kigali over the weekend wore a suit atop his most tauted Kembe trousers, made from Ankara fabrics, says he received mixed reactions from fans.

“I decided to provoke the conservatives yesterday by wearing Kembe on Suit and tie and it’s been mix reaction. Some people ticked Yes while it was a No for some.

“The thing about art and creativity is the fact that you are free and allowed to try out things as it comes to mind meaning rules can be broken if there is any, who made the damn rules anyway.

“Attached here is also a beautiful picture of my die hard fan of Ire Clothings rocking the kunleskembe and kunlesdansiki.

Of course women are not really cut out to wear such was the rules then but now they do.

The Scottish piper typical outfit is complete suit on skirt, who set that rule for oyinbo and who broke it? For those creative minds out there, keep breaking boundaries by redefining fashion as Ire Clothings brand is doing and to those with boxed mind, E mura si.” 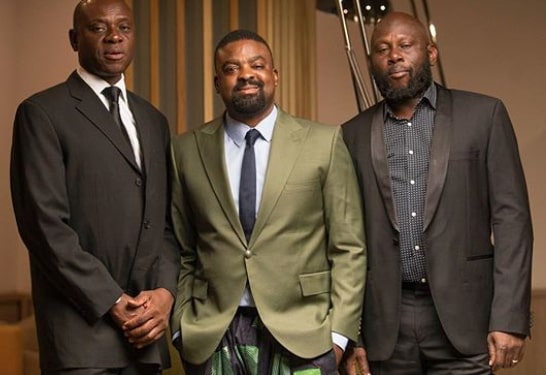 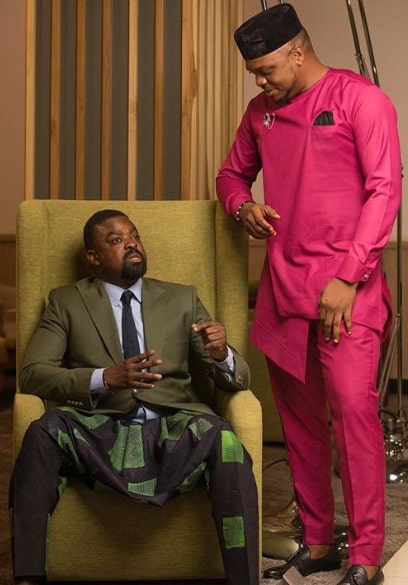 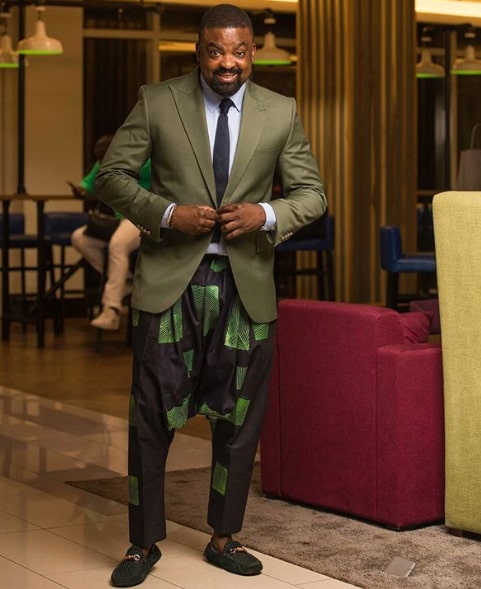 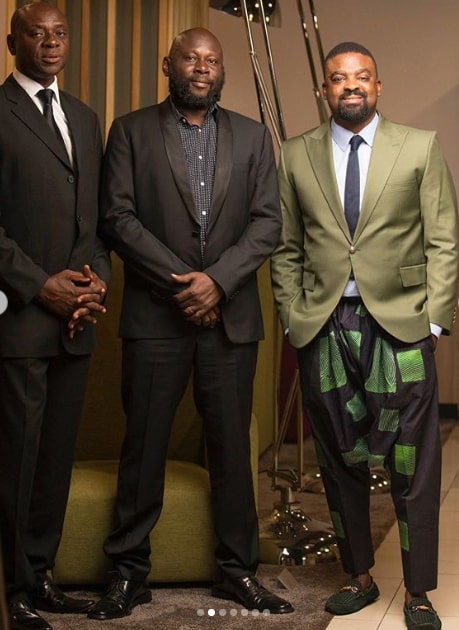