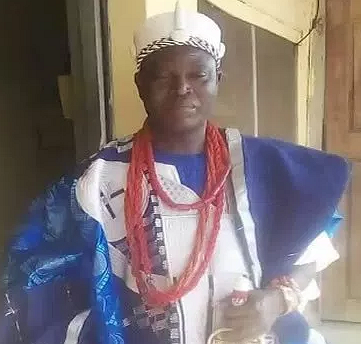 Oba Joel Daodu has regained freedom from the net of his kidnappers.

The traditional ruler of Iyani Akoko was kidnapped recently along Owo-Ikare-Akoko highway in Ondo state.

Police said he was seen walking by the roadside in Ayede Ogbese town along Akure Owo Highway today.

He had been taken to a police station in his town as police begins investigation to unravel the circumstances around his abduction and apprehend his kidnappers.