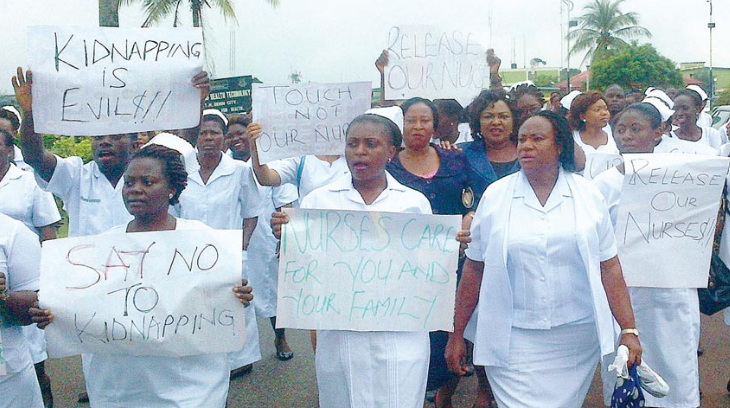 Kidnappers of two nurses at the University of Benin Teaching Hospital (UBTH), have demanded the payment of N17 million ransom for their release.

The branch Chairman of the National Association of Nigeria Nurses and Midwives (NANNM), Austin Osigbeme, confirmed the development to journalists in Benin.

The nurses, Mrs. Osemelu Lydia and Ovbiosu Bose, both said to be nursing mothers, were abducted last Wednesday at Oluku, in Egor Local Government Area of Edo State on their way home, after picking their children from school.

“They have not released them. They are asking for ransom. They started with N15 million and N2 million but have started beating it down‎ by one million.
“But these are poor people that have no money to pay and that is why we are having that delay.

“They (families) have been apprehensive and having feelings of uncertainty, not sure of what is happening to their wives and sisters,” he said.

Osigbeme explained that the strike action proposed by nurses in the hospital had been shelved, adding: ”we will not allow people to force us to behave in the way that they want us to behave.”