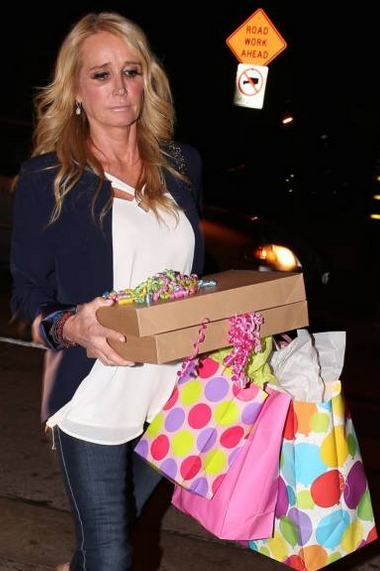 50-year-old troubled reality star Kim Richards was arrested over the weekend for stealing stuff at a target store in Los Angeles.

According to TMZ, the Real Housewives of Beverly star was caught by a security guard at a target store in LA while trying to take out items worth over $600.

She was arrested and spent Sunday night in jail before being released yesterday afternoon on $5,000 bail.

She was under the influence of alcohol at the time of her arrest.