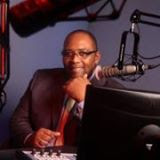 Anthony Derrick was the program director at Smooth 98.1 FM in Lagos.

He was immediately rushed to Reddington hospital in Victoria Island, Lagos where he was pronounced dead on arrival.

The deceased who died at the age of 53 moved to Nigeria from Jamaica in 2009 after he was offered a position at the popular radio station.

May God give his wife and children the fortitude to bear his loss.

Below is a short PR released by Smooth 98.1 on Anthony Derrick’s death

“For him being part of the Smooth 98.1FM family was the next chapter in his life and sadly, it was his last,”.

His autopsy report will be released next week.