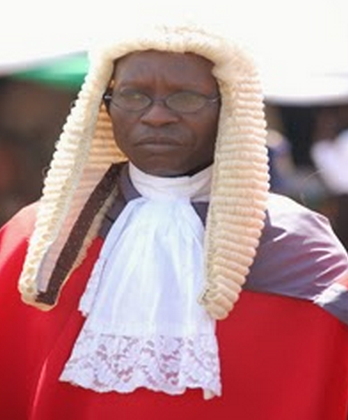 The Kogi State Police Command Thursday said that it has killed one Aliyu Isa, a.K.a Osama, the leader of a notorious criminal gang that kidnapped a state High Judge, Justice Samuel Obayomi recently and arrested other members of the gang.

He said the late Osama was one of those that escaped from the Koto-Karfe Prison, during a jail break last year.

The Commissioner of Police, Mr. Samuel Adeyemi Ogunjemilusi made this known while parading 13 suspected criminals at the Command Headquarters in Lokoja.

He explained that Osama, who died during exchange of fire with the police, was out on a vengeance mission and recruited other gang members to carry out the elimination of his targets.

He said some of Osama’s target included a petrol marketer, he worked with and the judge.

He said that the deceased suspect and his gang members attacked the independent petrol marketer and his workers at a filling station, killed the manager and another staff, and died in the ensuing cross-fire between the police and members of the gang.

The CP said that the Barretta pistol found on him belonged to the late orderly (Cpl. Usman Isah) of the Judge who was kidnapped.

The police boss added that late Osama was one of those that escaped from jail, where he was serving 10 and 15 years respectively.

He said, “The deceased manager of the filing station and the corporal, before he was assigned to the Judge were key witness and Investigation Police Officer respectively in the case that led to imprisonment of the late suspect”.

He added that the Judge who was kidnapped on May 25 and released June 27, presided over the suspect’s case.

Also paraded was one Bolaji Agbaje Williams, who claimed he was employed as security guard at the cave where the High Court Judge was kept for over three weeks.

Williams who confessed that he joined the gang recently and was detailed to watch over the victim, claimed he hails from Ijebu Ode in Ogun State.

Also paraded was a gang comprising of Fulani herdsmen who specialized in kidnapping of fellow herdsmen.

The suspects, Idris Mohammed Jafaru, Shehu Haruna and Yunusa Ahmadu confessed to haven made over N1.5 million from criminal activities.

The CP said that all the suspects would be charged to court immediately.