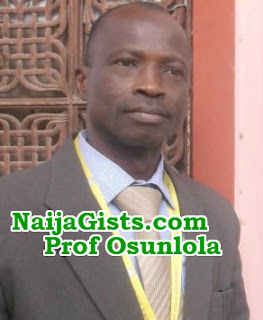 NOv 18, 2017 – Kwara State University, KWASU Lecturer, Dr Remi Osunlola Killed Himself In Ibadan After His Appointment Was Downgraded From Full Time To Contract

See the photos of a Lecturer with Kwara State University, Dr Remi Osunlola who took his own life few days ago after his position at the institution was downgraded from full time to contract. 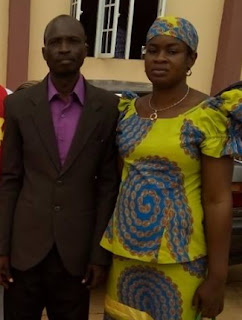 Osunlola who lost his wife in July reportedly started exhibiting strange behaviour when he was informed of the conversion of his full time appointment to contract.

He reportedly refused all offer of help until a friend took him to an unnamed cleric for prayers.

After the prayers, his friend escorted him to his family house in Ibadan Oyo state where he locked himself in a room till after daybreak. 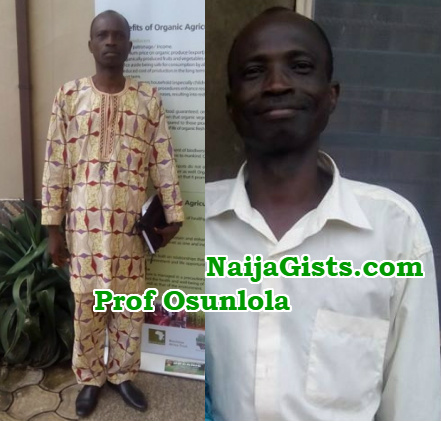 When he refused to open the door, his worried family members broke the door where his lifeless body was discovered beside a bottle of sniper (insecticide).

Here is a statement the institution released over his death 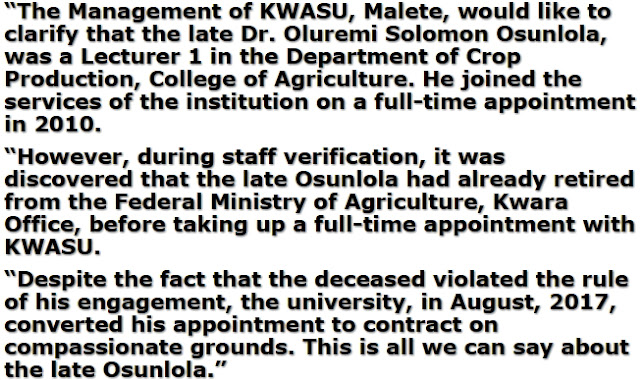