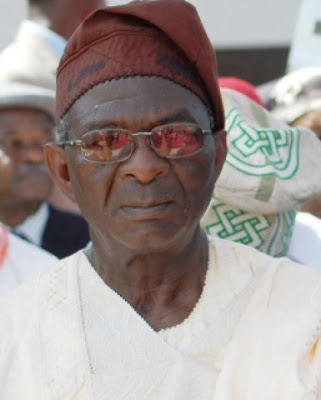 While preparing for his 80th birthday that is to come up in September, Alhaji Ademola Fashola contracted an age related illness.

He was airlifted to the US for treatment later to return home to end his journey on earth.

As we speak, his son, Governor Fashola is on holy pilgrimage to Mecca.

He is expected to return to the country for his father’s burial on Tuesday.

Late Ademola Fashola was a staff of the defunct Daily Times newspaper before his retirement.

His burial will take place tomorrow afternoon at the Vaults and Gardens burial ground in Ikoyi Lagos at 1p.m.

Many his soul rest in perfect peace.