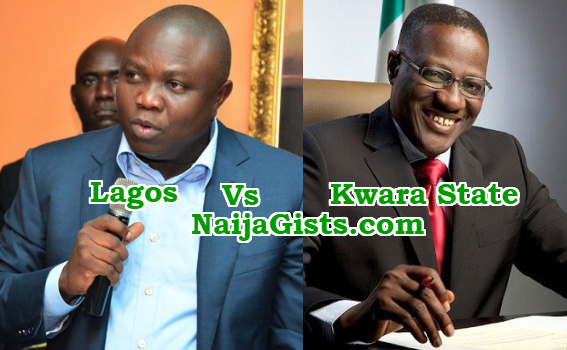 So I had to pick my pen and write this out as a concerned citizen…..
Lagos and Kwara state celebrating 50years but the questions are what are they really celebrating? Is the celebration Worth celebrating?.
Yes will be my answer but this is where the separation in the celebrations comes in.

Is celebration Worth celebrating?
Answer: A big yes

Lagos State celebrates 50years of glory and the power for the common man who is on that street of agege,mushin,iyana ipaja,alimosho and other parts of Lagos because he knows if he hustle well irrespective of who he or she is(igbo or Hausa and Yoruba) the opportunity will always show up.

The question is why will a common man think like that? The state has given much opportunity for growth and you say Lagos State generates much… Why won’t it generate….

Motivation is the word (worker are paid on 25th so I know in Lagos) even if little sabotaging still happens, it bound to happen in a government but the government is what? Responsible,responsive and committed from generations of leaders in the state that why Lagos is loved by all

Is this celebration Worth celebrating?
Answer:yes ironically

This is a state I have dreamt of coming to before now but let me give an insight about Kwara state after my two months stay. Lawlessness and impunity rubbed to your face is the order of every Blessed day in Kwara state even the people know it but they can’t speak up,the roads are as bad as I can remember and 50year celebrations with 85million is the best they can do now, Kwara state worker work round the clock but I can tell those people have nothing to prove they are government workers.

You ask why?the answer is simple they have not being paid for months and the governor ride in a long(15 at least cars) convoy everyday and I still saw that this morning. And this particular state collects tax everyday( Companies like Coca Cola, tuyil,and other companies are running because of the excessive tax) people at Ilorin markets can testify.

The questions are what are thesetaxes used for?. As far as my memory serves me no promotion if you are not an indigene. I don’t know who does that and the SSG to the state came out to tell people that they celebrate peace and unity….(Lagos no get peace abi or unity ni).

Ahhhhhh you don’t have fear of God Mr SSG… Unity and peace in abject poverty and impunity rubbed to the face of the people I guess by the time they want to celebrate 100year they will be celebrating God knows.

In summary. This is like an explanation of a 50 year old man(Kwara state) celebrating foolishness and another celebrating greatness (Lagos State).