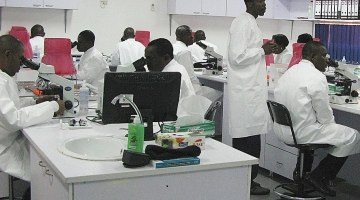 An outbreak of Lassa fever has killed 40 people and infected dozens of others in a third of Nigeria’s 36 states over the past six weeks, a senior health official said Wednesday. naijagists.com

“We have 40 deaths, including two doctors and six nurses, from lassa fever which broke out in 12 states in the past six weeks,” health ministry’s chief epidemiologist Henry Akpan told AFP.

A total of 397 cases were reported, out of which 87 have been confirmed.

The virus is spread through contact with rodent excreta.

Its symptoms include fever, headache, difficulty in swallowing and it can lead to infection of vital organs and death. It was named after the town of Lassa in northern Nigeria’s Borno State where it was first identified in 1969.