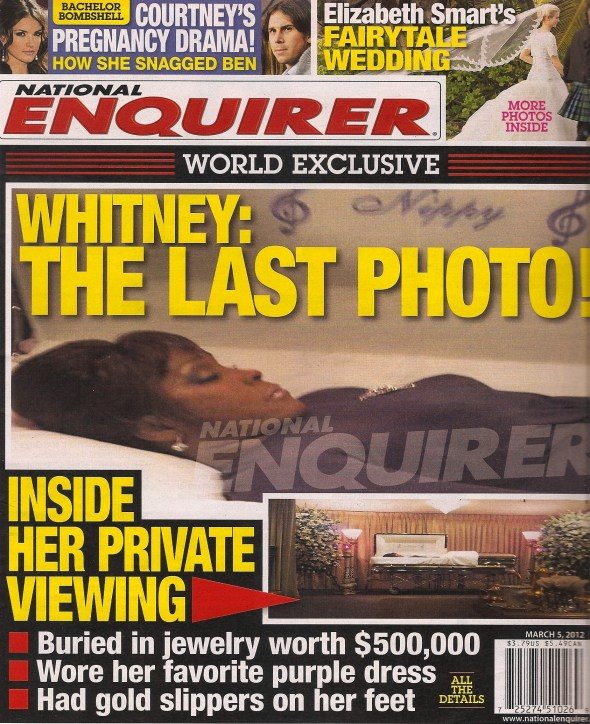 Captioned as Whitney: The last photo , an exclusive photograph displaying Whitney Houston Dead Body in a coffin has been published on the latest edition of National Enquirer Magazine. naijagists.com

The chilling picture shows Whitney lying dead in her golden casket, clad in a regal purple dress and wearing what looks like a diamond brooch and earrings.

Whitney’s family is said to be furious about the publication and wondered how the photo became a public property after all precautions taken by the security company contracted to work with funeral home that handled the late singer’s body.

The publication has stirred a lot of backlash on social network sites with people expressing their shock, and dismay with the magazine over lack of their respect for a dead person’s privacy.

They must have paid the family in order to get access to this exclusive photo.