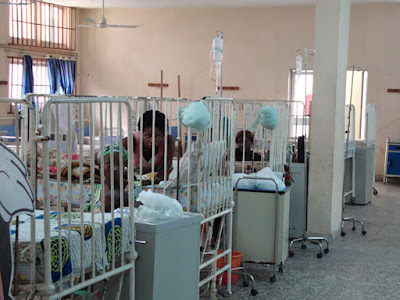 The Nigeria Centre for Disease Control (NCDC), on Friday, confirmed five cases of Lassa Fever in Bauchi, Gombe, Plateau and Rivers States from Aug. 24 to Sept. 2.

Dr Chikwe Ihekweazu, Chief Executive Officer, NCDC, in a statement in Lagos, said two cases were reported from Plateau and one each from Rivers, Bauchi and Gombe.
Ihekweazu said in the statement that the case reported from Gombe died on Aug. 22, while other cases are still alive.

He said that public health response commenced immediately in all the affected states under the leadership of the respective state’s Ministries of Health.

According to him, resources were immediately mobilised from NCDC and its partner, the Nigerian Field Epidemiology and Laboratory Training Programme (NFELTP), to support the investigation and management of cases in the affected states.

“We commend the early detection and reporting of the most recent cases, as it significantly improves the likelihood of survival for the cases and also reduces the risk of further transmission.
“We also urge states to report cases immediately for Lassa fever, while improving on the timeliness of their reporting generally.

“As a result of increasing number of cases, the NCDC is issuing an advisory to all states reminding them of the steps they have to take to prepare and respond to cases of Lassa fever and other haemorragic fevers, as well as the resources that they can access for this,” he said.

The chief executive officer said that the NCDC remained committed to supporting the state governments to prevent the spread of Lassa fever in Nigeria.