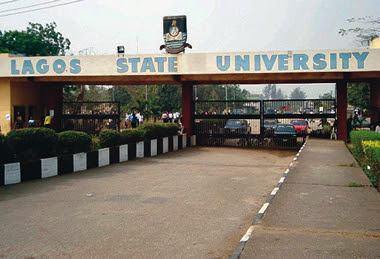 The administrator of Lagos State University, LASU, Onipanu Annex, Lagos State, southwest Nigeria, Mr Olusesan Oduwole, has been charged before a court with stealing after he allegedly bolted with students’ tuition  fees.

The 33-year old administrator allegedly stole N5 million after printing his own receipts and collected the money from the students.

Oduwole  fled when the management eventually discovered what he was doing.

Though Oduwole was later arrested by the police at Area ‘D’ Mushin, the school could not recover the money from him.

According to the school’s management, Oduwole was employed as an administrator by the institution and was allocated some receipts to use to collect students’ tuition fees.

Instead of doing so, he secretly printed his own receipts and was diverting some of the money to himself.

This had been going on for a while, but unknown to him, the new receipts he was given were secretly marked.

He was eventually caught when the management discovered that he issued his own receipts to students and when he was confronted, he allegedly owned up to the fraud.

He said he did so to raise money to solve his personal problems.

Oduwole was handed over to the police.

He allegedly made confessional statement to the police and said that he did not divert up to N5 million.

He was charged to Isolo Magistrate’s Court with stealing under the Criminal Code.

When he was arraigned, he pleaded not guilty.

The presiding Magistrate, Mrs Kayode, granted him bail in the sum of N200,000 with two sureties in like sum.

He was remanded in prison custody at Kirikiri pending the perfection of his bail. The matter was adjourned till 20 June.