Late Nigerian actor Justus Esiri who passed away suddenly on the 19th of February after a brief battle with diabetes has been buried.

The father of singer Dr Sid was buried on Friday April 12th, 2013 in his hometown of Oria Abraka in Delta State. 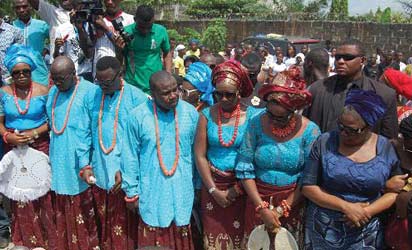