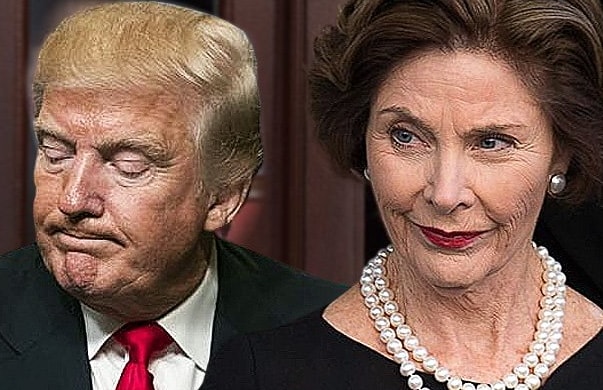 Laura Bush who calls the policy “Cruel and Immoral” compare it to the internment of Japanese Americans during WW II.

“The reason for these separations is a zero-tolerance policy for their parents, who are accused of illegally crossing our borders. I live in a border state. I appreciate the need to enforce and protect our international boundaries, but this zero-tolerance policy is cruel. It is immoral. And it breaks my heart. Our government should not be in the business of warehousing children in converted box stores or making plans to place them in tent cities in the desert outside of El Paso.”

Laura then went on to explain how she feels the detention facilities are being used as like internment camps that held 120,000 Japanese Americans during World War II, and are “now considered to have been one of the most shameful episodes in U.S. history.”

“These images are eerily reminiscent of the Japanese American internment camps of World War II, now considered to have been one of the most shameful episodes in U.S. history. We also know that this treatment inflicts trauma; interned Japanese have been two times as likely to suffer cardiovascular disease or die prematurely than those who were not interned.”