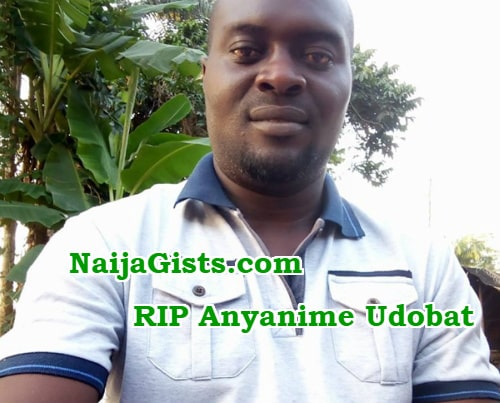 A gallant police officer attached to the Aba Area Command Anti-Robbery Squad, identified as Anyanime Udobat has reportedly died during a shootout with kidnappers in Abia.

The incident, our reporter gathered happened in a village at Aro Ngwa Community in Osisioma Local Government Area of the State.

While information about the death of the officer, who has been noted for his gallantry in the anti-kidnapping unit of the Aba Area Command, remained sketchy, our reporter gathered that the kidnapper whose name was yet to ascertain was also killed during the crossfire.

The deceased, an indigene of Akwa Ibom State, was the driver of his squad that went after a notorious kidnapper at the Osisioma axis of the commercial city after a tip off has it that their target was at home.

While a version has it that the police officer was shot on the neck while he tried to peep through the window of the house they had surrounded, another version said that he was shot by the kidnapper while he was trying to gain entrance into the house with other members of the squad to effect the arrest of the suspect.

The source stated that the members of the Udobat’s squad fought hard to keep him alive but lost their colleague because he lost excess blood.

When our reporter visited the Aba Area Command, the sight was that of mourning and gloom as everyone seen discussed the death of the officer whom many described as a good man.

It was also gathered that Udobat, who is survived of his wife and four children, recently dedicated his new born baby before his untimely demise.