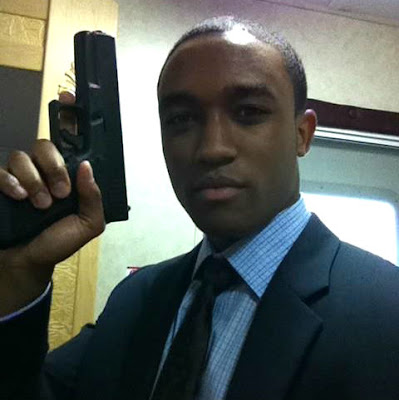 August 20, 2013 – Lee Thompson Young Is Dead: He Killed Himself After Embracing Yoruba Religion?

One of the dumbest article in the history of the internet has been discovered following the sudden death of former Disney actor Lee Thompson Young.

Lee Thompson Young killed himself yesterday in his apartment after a secret battle with depression.

Hours after his death, EOnline news claims he killed himself after embracing Yoruba religion.

Wait a minute, is Yoruba a religion or a tribe in Nigeria? Eonline people need to correct themselves for this reporting error.

This is how they reported Lee Thompson Young’s death for embracing Yoruba religion;

“The Rizzoli & Isles star, who was 29 at the time of his death, “didn’t drink or party,” says a source, adding,  “He was the opposite. Lee loved to travel and was always the first to tell everyone to take a breath and enjoy the beauty of life.” He was always “gentle and unassuming,” despite his early success, and didn’t have the typical “look-at-me” attitude.

That said, those close to Young noticed things “really changed” a few years ago when he began practicing  Yorùbá, an Africa-based religion which has a saying, “iku ya j’esin”, meaning  “death is preferable to ignominy.”

Yoruba people make una no mind them o. Why can’t they find out what Yoruba is before calling it a religion.

How can he embrace Yoruba religion when the word Yoruba actually means a Nigerian tribe?

He is an African American so did he relocate to Nigeria where a ghost taught him how to embrace a religion called Yoruba?

The Yoruba people who are mostly Christians believe that if a person commits suicide, he will face eternal damnation for killing himself. So there is no where in the culture where suicide is legally permitted.

Lee Thompson Young’s Real Cause Of Death: What Killed Him

The 29-year-old actor actually died due to severe depression that led to hopelessness.

In November, Lee Thompson Young gave an hint about his battle with depression when an interviewer asked him to discuss his character demise.

“Yes, you know, his flash forward was torturing him. The fact that he saw himself [in the near future] on the phone with a lawyer, talking about a case in which he accidentally killed the mother of two small children … he just couldn’t live with himself. He was trying desperately to figure out if there was any way he could change that. And, in the meantime, everything in everyone else’s flash forward seemed to be coming true, step-by-step, so he was unable to sleep at night. He was depressed, frustrated, angry. He felt powerless. And, in the end, he finally decided that this is how he could change that.”

In his final scene on FlashForward, he played the role of Al Gough, a character that eventually killed himself.

Watch his final scene on FlashForward below

Yoruba people what do you think? Is Yoruba a religion and does it permit suicide?