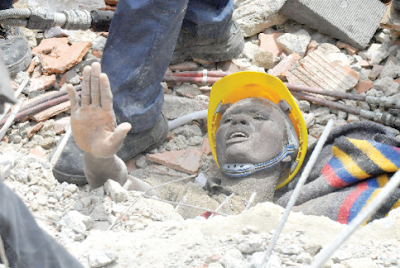 Lound cry erupted yesterday at Horizon 1, Lekki Gardens, Ikate area of Lagos State, where a five-storey building sank and crumbled like a pack of cards. The incident, which occurred around 3a.m., claimed the lives of a nursing woman, her eight month old baby and her second child as well as 15 others while 13 people were rescued from the rubble. At press time, rescue efforts were ongoing while many people, including women and children were still trapped.

Elderly women were seen at the site, praying and weeping. The building was originally meant for a three-story building but the owners suddenly raised it to five-storey. The dead are a Beninese woman and her two kids.

The others are men. Speaking of the woman and her kids, one Fidelis Anjolo, a worker at the site, said:

“The Beninese woman and her children came from Cotonou to meet her husband. The man hadn’t been home for three months. She thought her husband was lying that he has not been paid for three months. She came to see things for herself and got trapped in the building.” It was gathered that 150 workers from Benin Republic were brought in on Monday evening to continue work on the building, which was at the roofing stage.

These foreigners are causalities of the collapsed building. There are other workers, who, owing to everyday transport fare and distance to home and the site, used to sleep inside the building, except at weekends. 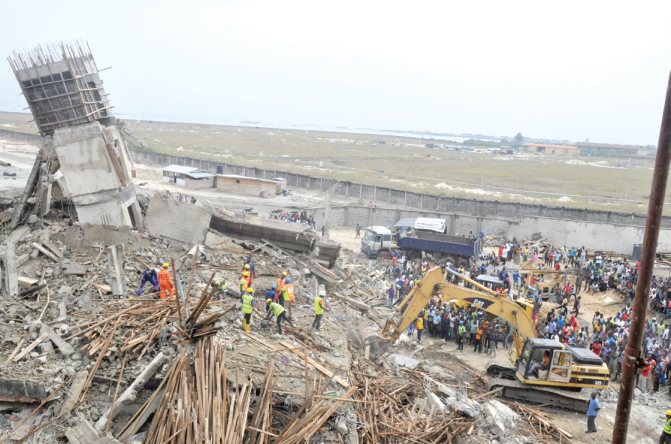