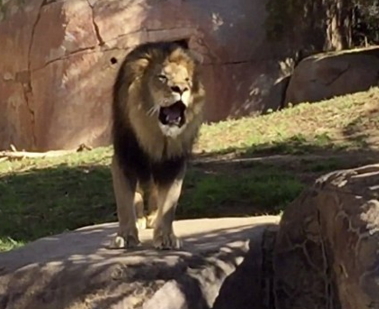 A lion escaped from a Wild Life Park in Jos, Plateau state today

According to the GM of Plateau Tourism Corporation, John Doy, the lion escaped around 8am on Wednesday while it was being fed.

Doy said the lion has been in captivity since 1972.

Read his warning message to the General Public this morning:

“The animal is still within the vicinity of the Park but our fear is that the Park is not fenced.

“We are struggling to recapture it, but we want members of the public to be vigilant,” he said.