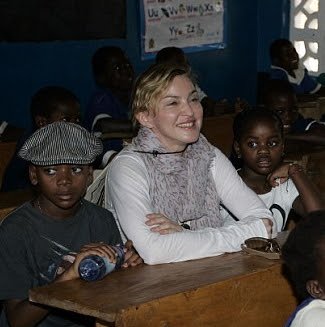 The controversial singer has finally confirmed the adoption of two sisters from Malawi.

Madonna took to her official Instagram page today to announce to her 8.7million followers that the adoption process of Malawian Twins, Esther and Stella is complete.

She urged the media to respect her privacy while the lucky girls adapt to her family.

The two orphans have been staying at an Orphanage home in central Malawian city of Mchinji since they turned two from where Madonna found them.

Madonna reportedly asked for privacy because the photo she shared on IG was doctored. 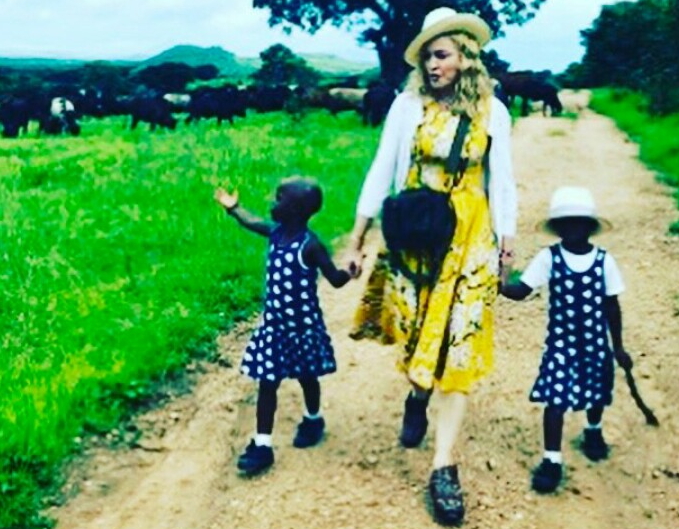 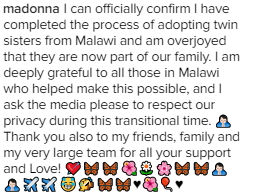 Madonna already has four children and with these two girls she has become a mother of six.

She is such a sweet heart.