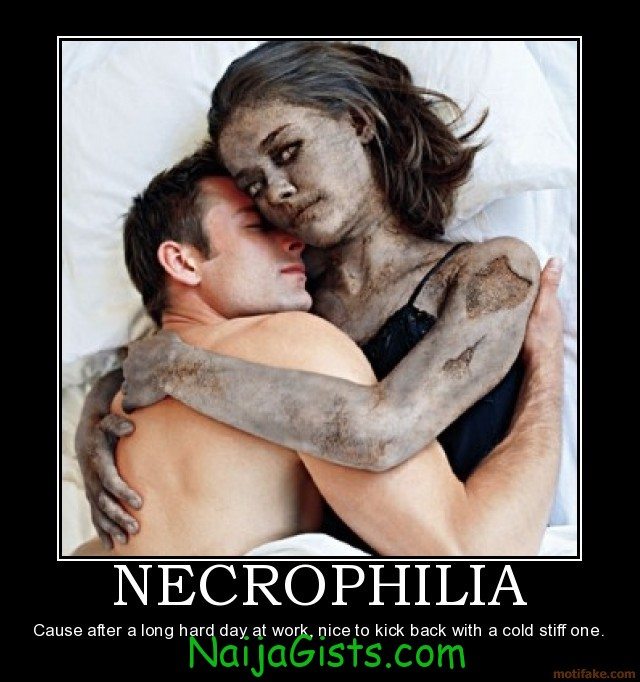 A 28-year old man named Nura Mustapha has gotten more than what he bargained for when he was caught having sex in the broad daylight with the corpse of a lady identified as Faith Akin in Lagos.

Nura Mustapha was arrested by police officers in early March after an attendant at the Green Star Hotel, Alaba-Rago, raised an alarm that he would not allow the corpse to be retrieved.

The corpse has been identified as a woman named Faith Akin who hails from Ondo-state.

Faith visited her mom in Lagos state Nigeria before her untimely death.

“We have a lot of customers coming with different girls to the hotel but on that fateful day, Mustapha came in about 5.00 pm and booked the room; after about 9.00pm, he brought in this lady and they stayed the night,” said the hotel attendant, who gave his name as Mathew.

“Early the next day, before I would hand over to the morning staff, I went round to check the rooms; [and] that was how I saw the lady lying down. I went to touch her but there was no response; I called out to Nura but he did not answer. It was when I came back the second time after I had informed the manager that I saw the customer having sex with the corpse again; I tried to call his attention but he did not respond, so I went to call the police.”

When officers from the Ojo Police Station arrived the scene, it was gathered that the suspect was seen having sex with the unconscious lady. “As soon as we got the complaint from the hotel management, we rushed to the scene of the incident; unfortunately, we experienced the shock of our lives when we saw Nura on top of the lifeless lady still banging (having sex with) her,” said a police officer who did not want his name published.

“We had to drag him from the lady’s corpse before he realized that people had been watching him. It was a terrible thing for such a young man to sleep with a corpse; maybe for ritual purpose but we do not know.”

During questioning, Mustapha allegedly told the police officers that he had taken a sex enhancement drug before inviting the deceased to his hotel room.

“He said he used a local Hausa herb, called ‘burutashe’ to enhance his sexual performance before he had sex with the lady,” said the police source. “The corpse had foam coming out from her mouth; and despite that he kept banging her because the drug made him to have delayed ejaculation.

So to satisfy himself, he kept banging the lady; even when he discovered that she was dead, so as to relieve himself.”

Faith Akin’s corpse has been deposited at a mortuary and police authorities are hoping that autopsy results will reveal the exact cause of her untimely death.

Whaooooooooo what a terrible world.