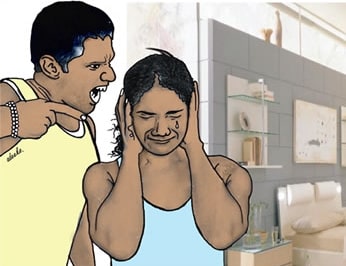 A man identified as Ibrahim Adamu today dragged both his parents-in-law before the Magajin Gari Shari’a Court in Kaduna State, accusing them of foisting their already pregnant daughter on him in marriage.

The defendants are Sani Dogon-Zikiri, his father-in-law and Laura Sani, his mother-in-law, both accused of deceit and breach of trust.

The 35-year-old plaintiff, who resides at Rijjana village, told the court through his counsel, Mr. Hussaini Yakubu, that the defendants had deceitfully gotten their daughter married to him knowing she was already pregnant.

The plaintiff also accused his wife, Nafisa Sani of allegedly conniving with her parents to deceive him.

The counsel prayed the court to compel the defendants to pay his client the sum of N100,000 as compensation for deception.

The defendants, through their lawyer, Mr. Abubakar Suleiman, denied the allegations. Suleiman argued that the plaintiff ought to have raised alarm the very moment he discovered his wife’s alleged pregnancy rather than wait until the baby was born.

The defence counsel submitted that the plaintiff was the father of the child, hence, there was no need to pay any compensation.

The judge Malam Muhammad Adamu-Shehu adjourned the case to Nov. 11, to enable the plaintiff to present his witnesses before the court.