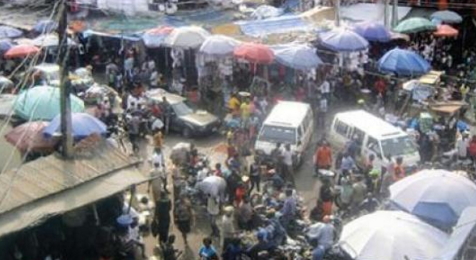 Feb 22, 2016 – Man Forced To Marry Corpse Of Dead Wife In Onitsha Anambra State Because He Didn’t Pay Her Bride Price While She Was Alive

A man has married the corpse of his late wife following his inability to perform her traditional rites when she was alive in Onitsha city in Anambra State, eastern Nigeria.

The marriage attracted many dignitaries from both the couples’ families, friends and well wishers last Saturday in Onitsha city where both family reside.

The couple lived as husband and wife without payment of her bride price or dowry and had six children before the wife fell sick and died.
Thereafter, her family insisted that the man must marry the corpse by paying the dowry and returning the six children they had before the deceased would be buried.

We gathered that the man identified as Nnanna Ude cohabited with the late Faith for 12 years as husband and wife without performing any traditional rites such as payment of bride price and giving wine to the woman’s family as demanded by Igbo culture.

While the relationship lasted, Ude and Faith had six children and the family of Faith had advised Ude on many occasions to come and officially marry Faith by at least paying her bride price.
Ude who is a businessman, promised to do so for many years but did not until Faith died last week.

Trouble started after Faith fell ill and died and Ude went to her family to inform them about her death.
He was told to return the six children he had with Faith outside wedlock and then come and marry the corpse as tradition demands before he can bury her as his wife.
They warned him that if he fails to do so and went ahead to bury her, he would join her in the grave within one week as the gods of their land would fight back.

We gathered that Udeh hails from Ideato in Imo State and met the deceased in Ontisha who is from Anambra State.
On the children, Ude was told to return the children to Faith’s family because he cannot claim those children since he did not marry Faith.

Therefore, any child and property Faith had belonged to her family.
This became an issue as the disagreement lingered until the two families came together last week to amicably resolve the matter.

We gathered that it was agreed that Ude would marry the corpse by paying the bride price and performing traditional wedding before he would be allowed to bury the deceased.

Also Ude was told that he should return the six children first until after he marries Faith’s corpse properly and bury her before the issue of the children would be finally discussed.

The traditional marriage was performed last Saturday while the burial would take place this Friday in Imo State.

See The Question This Mugun Husband Is Asking Friends
Photo: Baby Girl Bathes Self With Butter