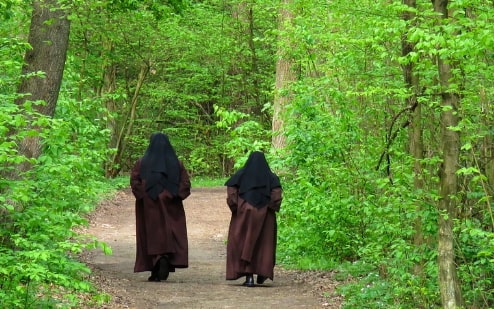 The Catholic church has commenced an investigation to uncover how two nuns who were on a missionary trip to Africa returned pregnant.

The report indicated that the two nuns returned to Italy expecting babies even after taking a vow to chastity.

In Catholic morality, chastity is placed opposite the deadly sin of lust and is classified as one of seven virtues.

According to New York Post, the two nuns who belonged to different orders in Sicily had both traveled to Africa for a mission.

It is reported that one of the nuns who is 34 years learned of her pregnancy after going for check-ups when she developed stomach pain.

The other pregnant nun traveled back to her home country, Madagascar, after noticing that she was one month pregnant.

This comes amid debate on increasing cases of Catholic Priests who sire children while still serving.

Catholic priests, the same as nuns are required to maintain a life of celibacy and abstain from sexual activity.

In August, Pope Francis sent a letter of encouragement to priests being discouraged by scandals of priests being involved in sex.

The Pope had earlier on asked forgiveness to victims of the virtue who had suffered pain, adding that the church had laid out mechanisms to root out the abuse.