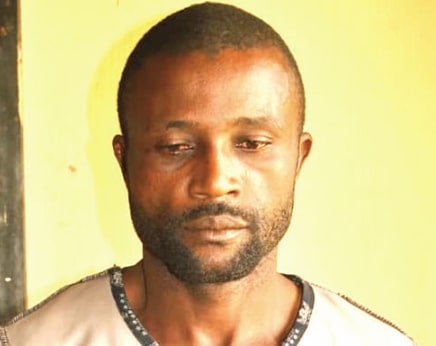 A rapist arrested for defiling minors in Niger States has confessed.

35-year-old Clement Onuchukwu, a married father of three who was arrested on Sunday for defiling a 7-year-old girl and another 8-year-old said he gets aroused anytime he sees underage girls in his neighbourhood.

Here is the confession of the resident of Kwamba area of Suleja who was nabbed after a complaint by the parents of the victims.

“I don’t know what has come over me; each time I see little girls in my area, I get aroused and I would want to have sex with them regardless of the fact that I am a father of three children.”

“I have been into this wicked act for more than four years and it looks as if somebody had placed a curse on me; nothing works for me and at times, I felt I have sinned against my destiny.”

The state Police spokesman, Muhammad Abubakar said the suspect will soon be arraigned.