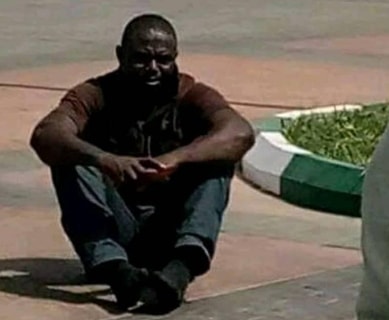 Shock As Man Urinates On Female Restaurant Owner In Abuja

Police in Abuja today arraigned an applicant, Abubakar Shuaibu, in a Kabusa Grade I Area Court, Abuja for allegedly urinating on a restaurant owner.

Shuaibu, whose address was not provided is charged with three counts of conspiracy, mischief and causing hurt.

The Prosecution Counsel, Mahmud Lawal, told the court that the defendant committed the offence on June 4.

Lawal alleged that the complainant, Mrs Racheal Magashi, who lives at Sheretti,Kabusa, Abuja, reported the matter at the Kabusa police station.

The prosecutor said the complainant reported that Shuaibu urinated on her body after she asked him not to urinate around her restaurant.

Lawal also alleged that the defendant with three others at large conspired and invaded Magashi’s restaurant, destroyed chairs and tables valued at N20,000.

He further alleged that the defendant also poured out a pot of soup cooked by the complainant valued at N30,000.

The prosecution said that during police investigation, the defendant confessed to the crime.

He said the offence contravened the provisions of sections 97, 327 and 241 of the Penal Code Law.

The Judge, Ibrahim Kagarko, ordered that the defendant be remanded in Keffi Prison, Nasarawa State and adjourned the case until July 18, for hearing.

Nigerian Pastor Who Faked Own Kidnap In Ado Ekiti Remanded In Prison After Wife Exposed Him
Father Sells His Own Baby For N150K In Ozubulu Anambra After Lying To Wife…..