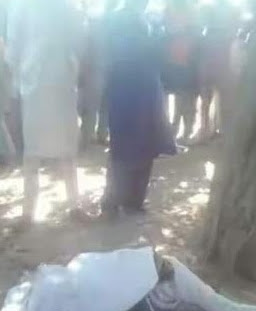 According to the police spokesman, Nura committed suicide by hanging himself on a tree, after stripping himself of his clothes.

He said on reaching the scene of the incident, the police found his lifeless body dangling on the tree.

“The police untied him, lowered him down and rushed him to the nearby hospital where he was certified dead on arrival by doctors at the hospital.’’

He said the corpse had been deposited at the Murtala Mohammed Specialist Hospital Kano city.

Continue Reading
You may also like...
Related Topics:kano, suicide