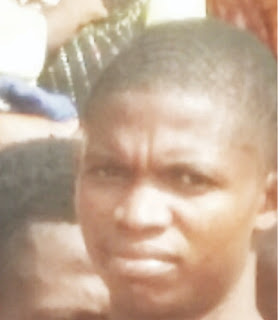 Heartbreaking stories of  men who kill for love most often sound far-fetched and are frequently staples of make-believe. But recently, such a horror happened in real life when Thompson Agena cold-bloodedly took a life for the sake of winning a woman’s love. His crime leaves family, friends, and neighbours reeling with shock and disbelief because the victim was his six-year-old daughter and his only child who lost her mother exactly two years ago.

The life of Thompson Agena, 47, a native of Awe Local Government Area of Nasarawa State, is characterized by tribulation and tragedies. Agena, who earns his livelihood as a carpenter since he completed his secondary education in Government Science Secondary School Lafia in 1988, married his wife, Cecilia, a native of Obi Local Government Area of the state in 2005 and the couple had their first child, a daughter named Mercy in 2011. Thereafter, they had a difficulty conceiving a second child until 2016 when Cecilia took in and eventually died shortly after giving birth.

A repentant Thompson Agena narrated to Saturday Sun how he lost his wife to maternal mortality on April 20, 2016. His wife’s second pregnancy was a few days overdue when he took her to the General Hospital in Lafia to be induced and he went back home to make plans for to welcome back the mother and the new child. “I got one of my younger sisters to help her at home when she returns back, and I painted the house in bright colours. I did all I could to make sure that it was comfortable for my wife and our new baby,” he recounted. 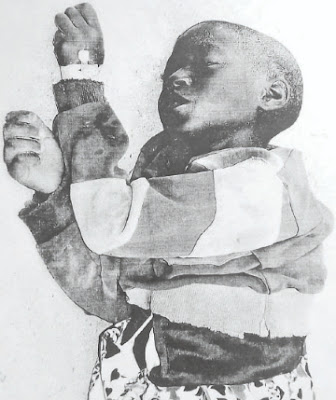 At the hospital, Cecilia had a prolonged labour, finally giving birth to a 4.6kg baby boy, but she continued bleeding, suffering a postpartum hemorrhage, and at 1:23 am, had died of blood loss.

According to him, the hospital was out of stock of the drugs needed to stop his wife’s bleeding. “So I went out to buy them. Nobody told me why she died,” he said.

While he had contemplated taking legal action against the hospital for negligence, he was discouraged by the futility of such action taken by some individuals in the past.

“I decided to leave it to God because nothing I do will bring her back,” he said.

A week later, another tragedy struck. The baby boy died and was buried immediately in the village.

While the circumstance leading to the death of his wife and his newborn child was beyond his control, he, however, had no excuse for indulging in the self-inflicted calamity of murdering a child.

A year after his wife’s demise, Agena enrolled for a part-time diploma programme at the Nasarawa State Polytechnic where he met Joy Orkuma, a native of Guma Local Government Area, Benue State. The pair fell in love, and soon after, she became pregnant.

Agena was as passionate about his newfound love as to declare his willingness to do anything in order to get her committed to marriage. Like Herodias’ daughter who asked for “the head of John the Baptizer”, Orkuma asked for the elimination of his six-year-old daughter.

In the night of February 22, Agena did her bidding. He picked his daughter who was in deep slumber and dumped her inside a well.

Her body was discovered the next day when a farmer named Joseph Kula wanted to use the well. Kula raised an alarm and neighbours rallied to recover the lifeless body from the well.

Agena, since arrested by the police and charged to court, attributed his heinous action to an overpowering love for his new girlfriend and the unbearable phobia of losing her and the pregnancy she had for him.

According to the suspect, his girlfriend argued that she wouldn’t want to raise a family with a witch around her. Agena alleged she had threatened to abort the pregnancy and quit their relationship if he failed to take action.

When Saturday Sun spoke over the phone to Joy Orkuma, currently on the run, she conveyed no sympathy about the situation. She claimed she only suggested her incompatibility with the six-year-old whose behavior she described as unusual for a girl of her age. “I told him that if I must marry him, Mercy will have to leave,” she asserted, “[because] she always appear in my dreams each time I pass a night in her father’s house. So when I became pregnant for him, I told him that I can’t deliver a baby in the house for Mercy to kill.”

She had no misgivings speaking ill about the murdered girl whom she told Saturday Sun was not a human being. According to her, the father’s murder of his daughter was the best thing to do.

In the meantime, the scales have fallen from the eyes of the murderous father whose remorse is not about the life he snuffed but a lamentation of letting down his late wife’ that, “My wife will never forgive me in her grave. I have betrayed her trust and love for me.”

According to him, Joy Orkuma had hated Mercy from the beginning and had consistently framed stories about her. “I regretted buying into her devilish ideas,” he wailed.

A twist in the tale

“We all knew what happened, but that is a long story,” he said. “I don’t want to talk about that now. No sane human being will kill his daughter because of a girlfriend, [I mean] how can you do a thing like that? Cecilia was a nice woman, godly and hard working; she loved her husband so much, in fact, they both love themselves. I don’t know what came over him.”

He gave further background about the contentious paternity.

“About three guys, including my elder brother, were dating Cecilia and when she got pregnant. It was confusing who actually was responsible. But she insisted it was my elder brother, who out of love, accepted it and got married to her. Later, we heard that he was not the one. So, there was that problem. But, my elder brother and his late wife were the best of friends. There is no reason for him to do what he has done because of a woman.”