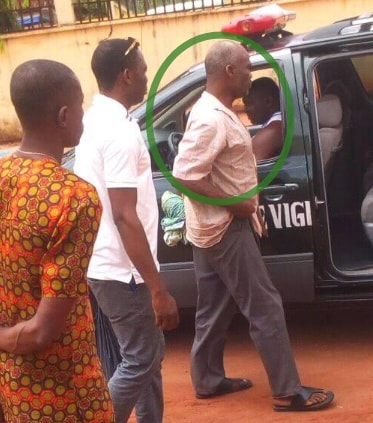 Photos: Jealous Man Who Bathed Niece & Boyfriend With Acid In Anambra For Ending Their Sexual Relationship Moved To Awka

Last week the story of a man who allegedly attacked his niece and her new boyfriend with acid after she ended their sexual relationship went viral.

The unrepentant suspect has been moved from Nnewi to Awka CDS.

The suspect identified as Chikwelu Samuel, a resident of Odidiama Village in Agulu attacked one Chinedu Anagor and Miss Chinyere Okeke (the daughter of Samuel Chikwelu’s brother) with acid while they were on a motorcycle.

He later ran away after abandoning his motorcycle at the attack scene.

Few minutes later, the youths of a neighbouring village stormed his village and mobilized boys to ensure his arrest.

Investigation revealed that Samuel refused to agree to the planned wedding ceremony between Chinedu and Chinyere because of the alleged abomination he often commits with Chinyere.

In 2017, a spiritual cleaning was carried out in regards to the abominable sexual relationship.

Sadly, the act continued until when Chinedu Anagor fell in love with Chinyere. 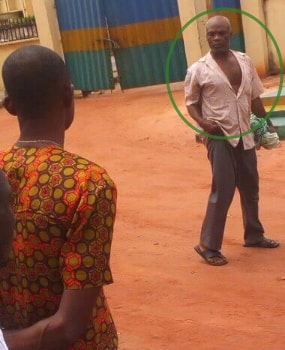 Samuel confessed that he committed the evil act because he was still in love with Chinyere, the daughter of his late brother.

He is currently cooling off at CDS Awka.

Below are some photos of the victims. 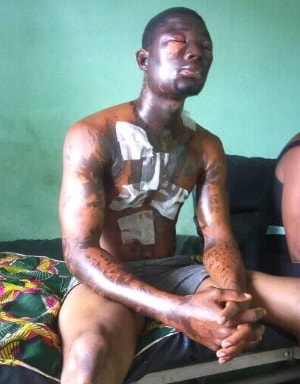 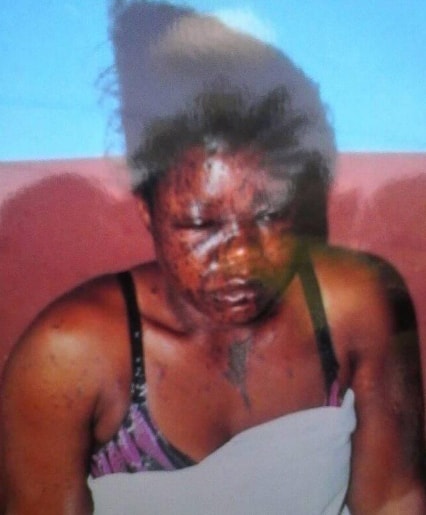