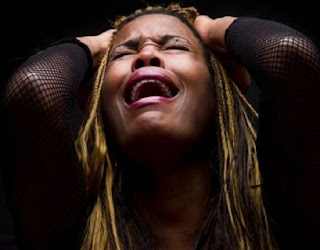 A female troublemaker in Ajegunle area of Lagos appeared in court today in connection with a life threatening injury she inflicted on her neighbour few months ago.

The accused, 24-year-old Mary Johnson, who resides at no 24 Okito Street in Ajegunle reportedly committed the offence on the 23rd of June 2017 when a heated argument turned into a bloody fight.

She reportedly punched the complaint, Mr Michael Idimoku and moments later, she raced into her room and returned with a razor blade she used to inflict a deep cut on his  head.

The defendant was granted N200,000 bail with two sureties in the like sum at an Apapa Magistrates’ court where she was arraigned today.

She is to return to court on the 4th of January 2018 for hearing.

Married Man Impregnates Mad Woman On Farm In Katsina, Confesses After He Was Caught
Man Kills Friend On Christmas Day In Ifo Ogun State After Accusing Him Of Stealing Missing Phone