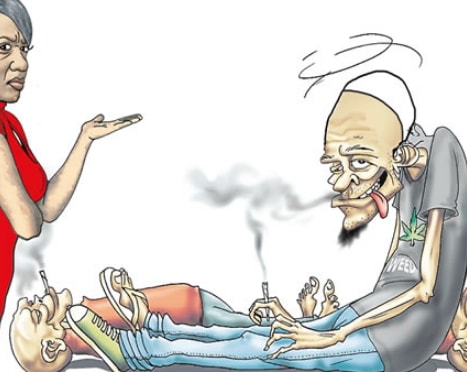 Adeyinka Olaitan, a 43-year-old woman has sought the dissolution of her marriage to Michael Olaitan at Idi-Ogungun Customary Court, Agodi, Ibadan, the Oyo State capital.

The petitioner alleged that the respondent was addicted to cigarettes and alcohol.

She told the court yesterday that her husband of 24 years was a habitual cigarette smoker and a drunk.

Adeyinka alleged that Michael was not a responsible father, as she was left alone to cater for their four children.

She alleged: “My lord, our eldest child gained admission to a tertiary institution, but my husband refused to pay the fees.

“The intervention of my pastor, who implored him to be alive to his responsibility, proved abortive, as he refused to take care of me and our children.”

The respondent denied the allegations.

He objected to the petitioner’s application for divorce, saying he and his wife should be allowed to settle the matter out of court.

Despite his plea, the President, Chief Mukaila Balogun, dissolved the marriage on the grounds that there was no more love between the couple.

He gave custody of three of the four children to the woman and ordered that the respondent should pay N4,000 monthly stipends for the upkeep of the children.

How Married Man With Kids Lied To Use Me To Get Permanent Stay In UK – Heartbroken Lady
Beautiful Love Story Of Irene & Chidi, Nigerian Couple Whose Pre-Wedding Photos Have Gone Viral