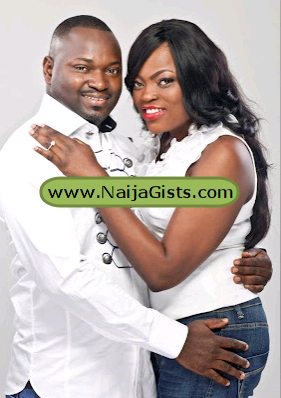 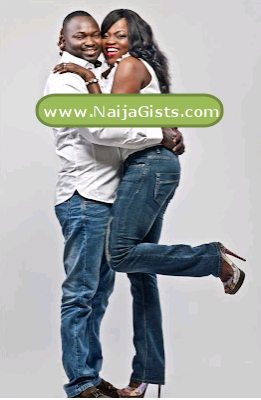 He is also a reknown Alhaji by the name of Kehinde Oloyede Almaroof populary called Kenny Doo.

Kenny Doo contested and lost in his bid to become local government chairman and house of Representative member in Oshodi-Isolo 1 constituency in the past.

Kenny Doo has a baby mama with children.

We learnt Kenny Doo is traditionally married to his previous wife but no legal marriage in sight.

As it is right now, Funke Akindele will make Kenny’s second wife.

Funke Akindele is set to adopt her popular stage name “Suliat” as her Muslim name.

Their traditional wedding is set to hold on the 26th of May, 2012 while the big wedding will hold sometimes in December of this year

Alhaji Almaroof as married man who suprisingly stole the heart of the Return of Jenifa star. He is a devoted muslim and son of Iyaloja of Oshodi, while Funke’s mother is a Pastor at the Mountain of Fire Ministries (MFM). Funke is also a member of MFM.

A big congrats to Alhaja (Mrs) Suliat Olufunke Almaroof to be.

Cover your faces MFM brothers for allowing this smart damsel to go like this chei!