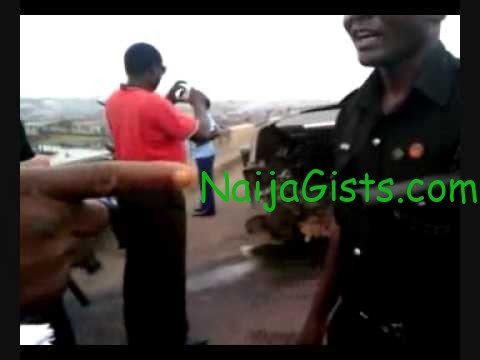 A woman has died this morning on Third Mainland Bridge in Lagos when a commuter mini bus painted in Lagos colour somersaulted. naijagists.com

At least five other commuters in the Oworonshoki- bound vehicle sustained injuries.

The injured victims were rushed to a nearby hospital. But the corpse of the female victim was covered with a cloth at about 8:30 a.m. when the accident occurred.

According to eyewitnesses , the driver of the vehicle might have lost control of the steering due to brake failure because it was the only one involved in the accident. The wreckage of the mini bus with Lagos registration number was still at the scene of the accident at the time of filing.

The vehicle blocked part of the bridge and created a serious traffic gridlock.