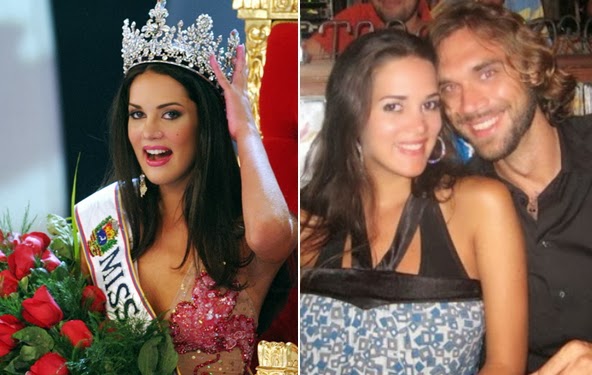 The winner of Miss Venezuela beauty pageant for 2004 is dead.

29-year-old Monica Spear was killed yesterday along with her former husband, 39-year-old Thomas Henry Berry in front of their 5-year-old daughter by some suspected armed robbers on their way back from a vacation to Caracas.

Five people are currently in police detention over the killings of the popular soap opera actress and her ex-hubby.

Their four-door sedan had hit a sharp object that had been placed on the highway that punctured at least two of its tires. Two tow trucks arrived almost immediately to and the attack occurred after the car had been lifted onto one of the trucks.

In 2004, Monica won Miss Venezuela title. She was the 5th runner up in the Miss Universe beauty pageant in 2005. She had featured in many soap operas.