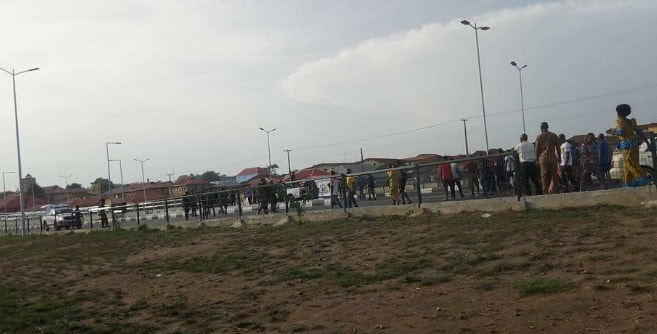 According to reports, the unidentified mopol was disarmed and beaten to stupor by angry APC party members shortly after the shooting that took place around 5pm today. 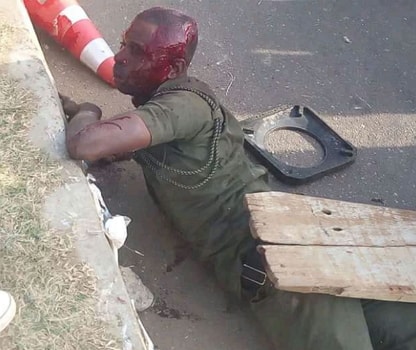