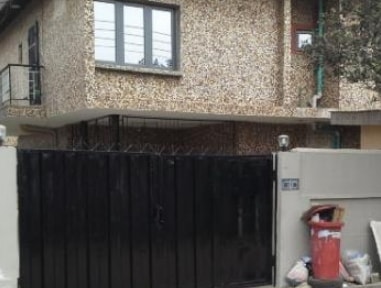 Mr Oyetunji Oyebode, a 59-year-old landlord has been arraigned in court for allegedly locking his tenant indoor.

Oyebode of No. 46, Adesiyan Street, Ilupeju Lagos, was on Friday arraigned at the Ikeja Magistrates’ Court for breach of peace.

Police prosecutor, Michael Unah, told the court that the accused committed the offence on May 28 at 3:45 p.m. at No. 46, Adesiyan Street, Ilupeju, Lagos.

Unah said the accused conducted himself in a manner likely to cause a breach of peace by forcefully locking up the complainant, Miss Adebukola Shitta, in her room.

The prosecutor said the accused collected N103, 000 for house rent from the complainant and promised to repair the roof of the room, but failed to do so.

Unah said the complainant repaired the roof with her money and moved in.

“The accused asked the complainant for more money when her house rent has not expired, but she refused to give him,

“The complainant was in her room when the accused used another padlock and locked her up in the room,” the prosecutor said.

The offences contravened Section 168 of the Criminal Law of Lagos State 2015, (Revised) and punishable under same.

Fashola said the sureties should be gainfully employed with an evidence of two years’ tax payment to the Lagos State Government and have their addresses verified by the court.

He adjourned the case to July 2 for mention.