Shooting Stars Football club of Ibadan has been hit with another tragic death.

A popular footballer, Moses Ogaga who joined the club last year has passed on.

Moses passed away yesterday morning on his way to Kano from his home base in Ogbomosho after his longtime battle with typhoid fever.

He was initially admitted at a private medical facility in Ibadan, the capital city of Oyo state where he was treated and released.

The Edo-born footballer was recruited to Shooting Stars by the club’s General Manager, Mutiu Adepoju.

One of his team mates, Thomas Adesina expressed shock over his death.

“I am shocked, I never knew it was something this serious, we will
miss him a big deal in Ibadan,” – Thomas said 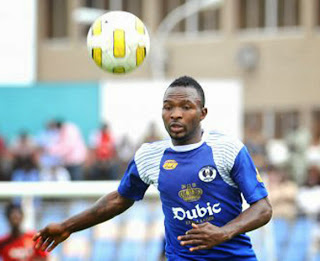 The talented footballer who gave up the ghost on Wednesday morning is survived by his parents and siblings.