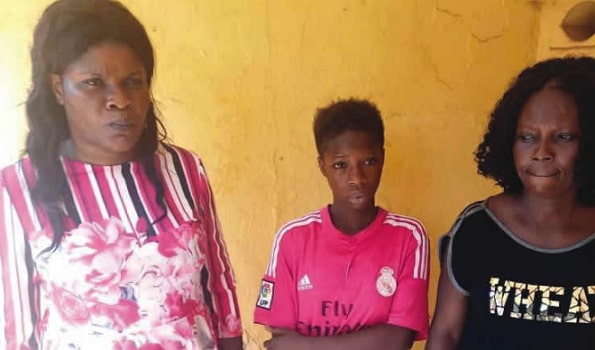 Woman And Daughter Steal 4-Year-Old Girl From Mother, Sell Her For N250K

A woman and her partner in crime, her daughter are currently cooling off in police detention in Anambra state.

The duo reportedly stole a 4-year-old girl from her mother in Obosi area of Idemili North LGA of Anambra state  last week and sold her to a woman for 250,000 Naira

42-year-old Ngozi Ede and 17-year-old Kosiso Ede were arrested over the weekend for stealing Mesoma Ikoko from her mother, Nneka Ikoko, a resident of the Mammy Market, Army Barracks, Onitsha.

The stolen child has been rescued and reunited with her mother.