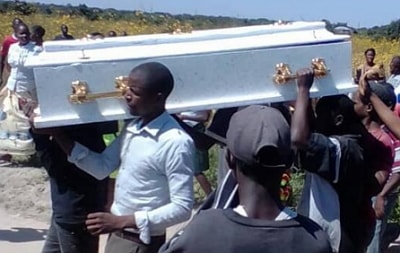 A mild drama happened recently in Zambia at the funeral of an undisclosed person.

The white coffin the body was placed into suddenly started moving around town in search of a witch popularly called Kikondo in Zambia.

Those who escorted the coffin to the graveyard took to their heels as the moving coffin was all over the place.

According to media report, it took the intervention of the army to force the moving coffin into the grave. 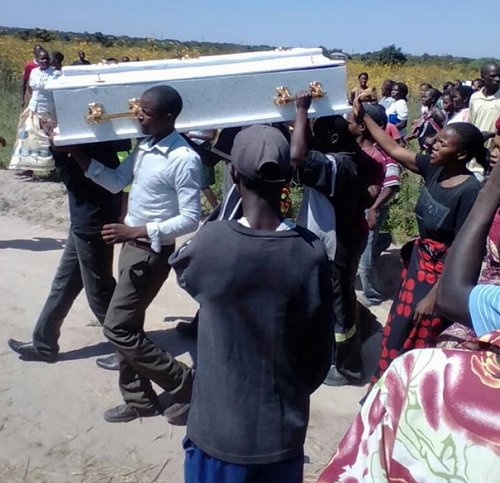 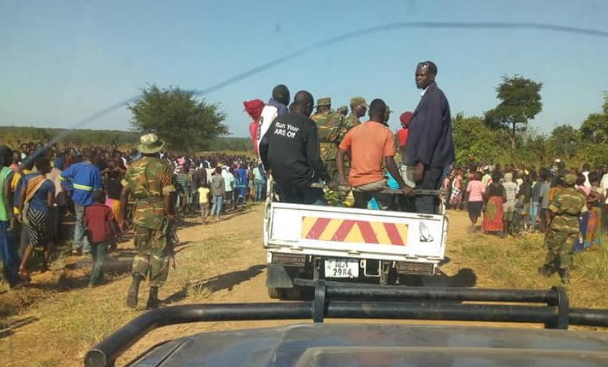 The drama reportedly happened in Kaoma town in the Western Province of Zambia.

Police Commissioner for Kaoma, Mubanga Kennedy saved the day when he ordered the army to force the coffin into the grave and watch over it . 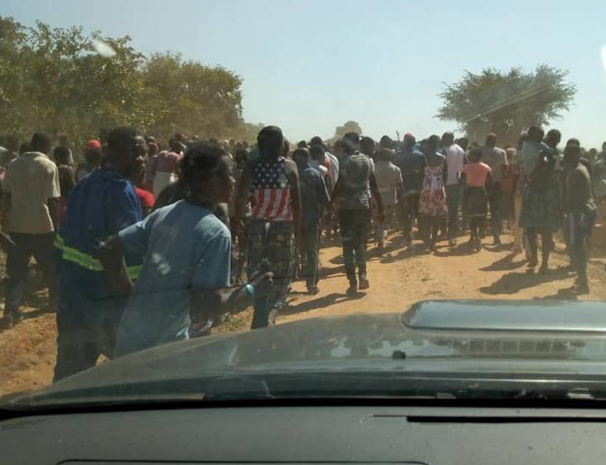 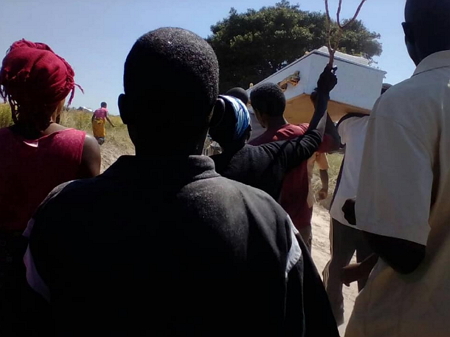 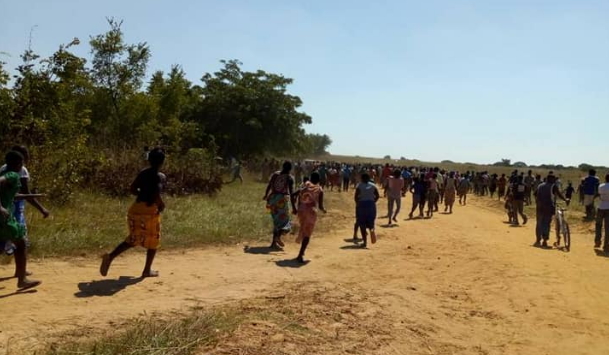