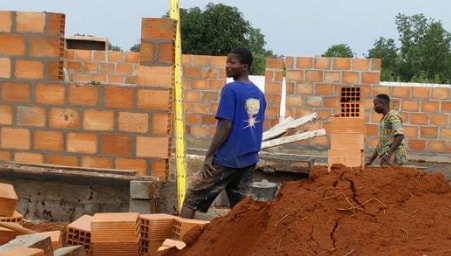 A bricklayer simply identified as Onoriode has been shot dead by the contractor who employed him over missing two bags of cement.

The contractor identified as Collins is said to be on the run.

Sources said the deceased was employed to mould six bags of cement but the cement supplier provided only four.

An argument ensued between the duo and Collins shot the bricklayer dead.

A relative of Onoriode, Clarke Oghevobo, who came to Benin from Delta State to identify the body, said the killing was unfortunate.

Oghevobo said the police informed him that his brother was shot at close range.

“The police told me that the supplier brought four bags of cement instead of two. They said after my brother completed the job, the contractor asked my brother to follow him to the cement shop.

“They said an argument ensued there and the man brought out a gun to kill my brother. All we want is justice. The police must arrest this man.”

The spokesman of the Edo State Police Command, DSP Chidi Nwabuzor, who confirmed the killing said the suspect and his accomplices are on the run.