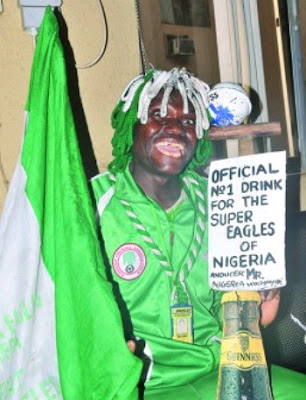 Following the Super Eagles’ Africa Cup of Nations, AFCON, triumph in South Africa, one of the foremost supporters of the team, Udo Akpan, popularly called Mr. Nigeria, is confident Stephen Keshi-led team can beat  Kenya in the 2014 World Cup qualifiers scheduled to hold on 23 March in Calabar, Cross River.

In an interview with P.M Sports, the 60-year-old man said that with the impressive performance of the Eagles in South Africa, nothing will stop Nigeria from qualifying for the World Cup in Brazil next year.

Akpan said: “I know my boys (Eagles) will build on their good run in South Africa and beat Kenya in Calabar.

“I am one of the fews that believed in the team in South Africa and I am still believing in them that they will beat Kenya with a good scoreline in the qualifier next month.”