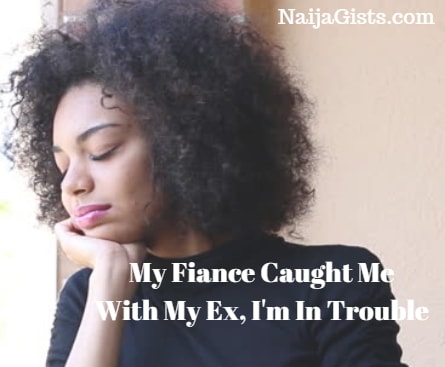 Then, my Father got a slot in a big company and I pleaded with him to give Ben (his name) the chance…after much pleading and persuasion, my father grudgingly agreed and Ben got a job with a large international firm. Ben’s gratitude knew no bounds, he was grateful and it showed in his attitude towards me.
He respected me more, cared for me more and loved me much more!
Ben was secured at last and I later got a good job too.

I’m sad and confused. I want Ben…what do I do please?.

Continue Reading
You may also like...
Related Topics:caught, ex boyfriend, fiance, me

Relationship Red Flags List: How To Tell If Your Boyfriend Is Still In Love With His Ex…
Sharia Court Ends Divorce Case In Favour Of Pregnant Woman…Ex-Husband Ordered To Pay Rent Renewal, Feeding Allowance