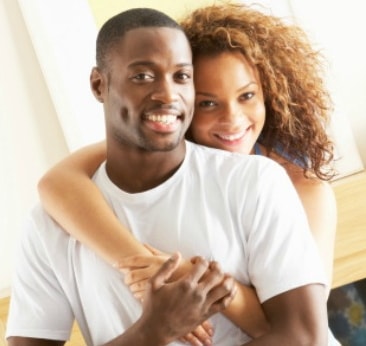 If you’re inclined to think your boyfriend might not be completely over with his ex-girlfriend, there are probably several reasons for your suspicion.

Maybe you’ve found him weeping while looking at his phone, mumbling, “I wish I knew how to quit you.” Maybe he’s calling out her name in the middle of the night, or, even worse, has mistakenly called you her name. Maybe he still has one of the shirts she left at his place and you’ve caught him sniffing it.

More likely though, it isn’t a completely egregious and blatant relationship violation, but something subtler that indicates he’s not quite emotionally ready to be dating at the moment.

“If your new boyfriend is constantly talking about his ex, spending time on the phone with her, meeting up with her (without including you), comparing you in a way that makes you feel less than her, these all point to the possibility of him still being connected to her in some way,” says Jane Greer, PhD, sex therapist and author of What About Me? Stop Selfishness From Ruining Your Relationship.

In other words, if your boyfriend is doing any (or all) of the below, there’s a chance he might still be holding a candle for his ex-flame.

It’s not exactly fair to expect him to completely shut his ex out of his life—unless she’s very clearly still warm for his form—because that’s not cool. But if they’re talking all the time it’s not out of the realm of possibility that he still has feelings for her. “Either he feels guilty that he left her, or he isn’t over her,” says Greer. “He’s still remaining overly involved. If this is the case, talk to him about whether he’s really ready to be in a new relationship with you.”

Sure, maybe they salvaged a platonic relationship—or maybe he’s keeping in touch in case things don’t work out with you. Dudes occasionally view exes as safety nets.

We’d probably all be better off not following our exes on the Facebook, the Instagram, and the Twitter—especially when they post hot selfies that we still drool over. But a complete digital freeze-out isn’t always something a guy wants to do. You see, a block or unfollow can create post-relationship drama, and it can also make things even weirder when you have mutual friends. However, it’s still a red flag.

It’s completely understandable if he’s a little bitter, but if he’s saltier than #SaltBae and going out of his way to talk about how much she sucked, sound the alarm. He might be trying to remind himself why he’s not with her in an attempt to convince himself he’s better off.

He’s going ham on this relationship constantly hates on her

There’s this thing some dudes do when they want to get back at their ex. They go into competitive mode by unofficially racing with their ex to see who can get to #RelationshipGoals status first. This is a match you don’t want to win.

If he’s constantly saying things like, “My ex never appreciated American sssPickers like you do!” Or “She always texted other people while we’re at dinner.” Head for the hills. It may sound like a compliment, but he’s just comparing you to her. And you should run.

He keeps that custom T-shirt she made for him

That inside joke about Taylor Swift was probably hilarious back in 2013, but at this point it’s just awkward for anyone who see’s it. He should have gotten rid of it, given it back to her or, like, lit it on fire. However, Greer says people often keep mementos from past relationships for the memories, so it’s not always a sign he’s not over his ex—but it could be. Have a chat about the reason he feels the need to hold onto these memories, says Greer.

Generally when you break up with someone, you stop hanging out with his or her family. But if he says he’s still tight with his ex’s parents—despite the fact that he “doesn’t talk to my ex at all.” We’re going to go ahead and get real: There’s probably part of him that hopes this keeps a connection between them. Though it is possible that he’s past his ex and just likes some of her family members, says Greer. Maybe it’s worth discussing as your relationship gets more serious.many lies and never feel bad about it.

Mike Bamiloye Gives Marriage Advice To Men Looking For Life Partners, Urges Them To Look Beyond Beauty
My Fiance Walked Out On Me After He Caught Me With My Ex Boyfriend – I’m In A Dilemma Please Help