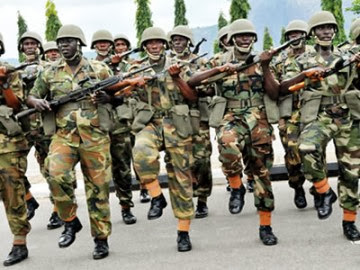 Few hours ago, hundreds of unclad Kokori women took to the streets of Ethiope East LGA of Delta State to protest JTF invasion.

According to sources from the crisis-ridden community,  about 100 naked protesters were unhappy that their husbands have fled the community due to the military operation launched in the wake of the arrest of notorious criminal, Kelvin Oniarah.

It was gathered that naked young and old protesters defied soldiers who were deployed to the community in the wake of Friday’s attack on the palace of the Ovie of Agbon Kingdom, HRM Ogurimerime Ukori 1, by armed youths suspected to be members of the notorious kidnap kingpin’s gang.

A source from the community said, “The women number about 100, they are singing mourning songs about the fate of Kokori.”
“They said the soldiers who prevented their husband from coming home should come and sleep with them and perform the duties of their husbands,” said a source

As at the time of this report, Colonel Ifeanyi Otu, the Commanding Officer in charge of the community couldn’t be reached for confirmation.